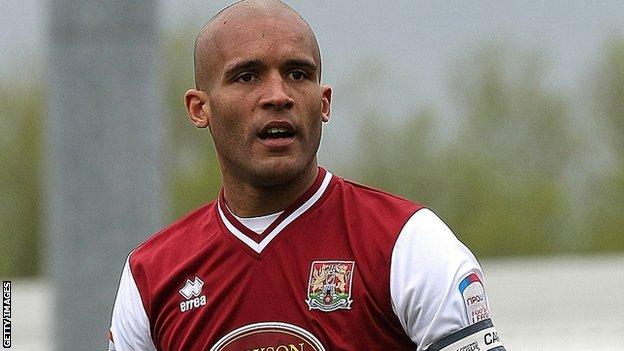 Carlisle, 32, who is chairman of the Professional Footballers' Association, has been without a club since leaving Burnley at the end of last season.

On Wednesday Carlisle revealed the difficulties he had been having trying to find a new team.

He told BBC Radio York: "At the end of last season I had contemplated hanging up my boots so I hadn't really entertained any offers.

"I changed my mind and put it out there that I would be available and I'm absolutely delighted that the manager called me.

"There's no better time to join a team than when they're on the way up."

Carlisle has agreed a short-term deal with the Minstermen until January, while Dobie has signed a three-month contract.