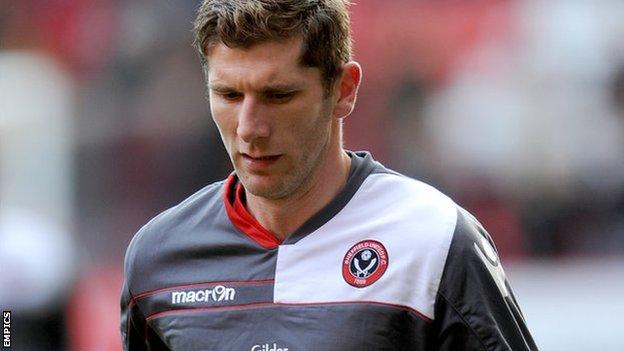 Sheffield United have re-negotiated the contract of striker Richard Cresswell to ensure he is available for first team selection.

The Blades had been playing the 34-year-old due to issues related to his original deal but have agreed a new player/coach role.

Cresswell has scored 24 league goals in 99 league appearances for the Blades.

He joined the club on a permanent contract from Stoke in January 2010.

"He's not going to move straight into a coaching role but the long-term goal is to have him work with the youngsters," said Wilson.

"He's been doing his coaching badges and it's a perfect scenario for both the club and Richard."

Cresswell could now make his first appearance of the season against Bournemouth on Saturday.

Wilson confirmed that they have received no bids for midfielder Nick Montgomery, 30, who is unavailable for similar reasons.