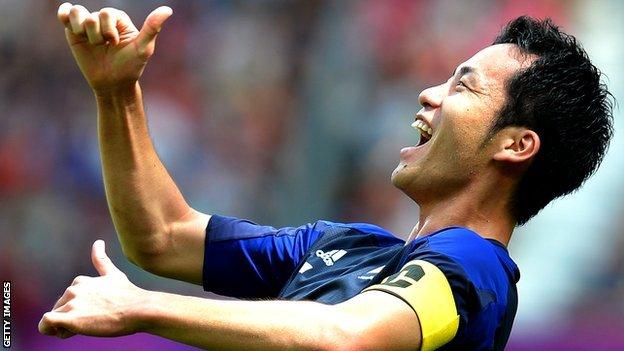 Yoshida, 24, moves to the Premier League from Dutch mid-table Eredivisie side VVV-Venlo on a three-year deal.

The centre back, capped 17 times by his country, captained Japan to fourth at the London Olympics, scoring in their 3-0 last-eight win over Egypt.

"To come to the Premier League was one of my biggest dreams since I was a child," Yoshida said in a statement.

Saints boss Nigel Adkins added: "He is good with both feet and has a good physical presence about him."