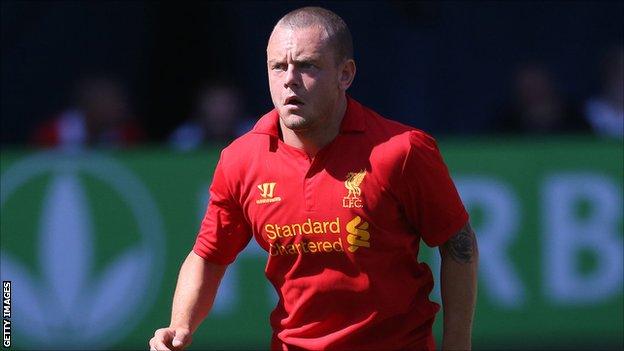 The 23-year-old, who has played 55 times for the Reds, only featured in the Europa League for Brendan Rodgers' side this season.

But his first-team chances at Anfield appear limited following the arrival of Joe Allen from Swansea City.

"We are thrilled to bring in a player of his calibre," manager Owen Coyle told the Bolton website.

"He is a young player that is driven, who is a terrific passer of the ball.

"He has a real desire to do well and has all the attributes that we crave at Bolton Wanderers."

Spearing, who signed a new contract with Liverpool last May, could make his Bolton debut at Hull on Saturday.