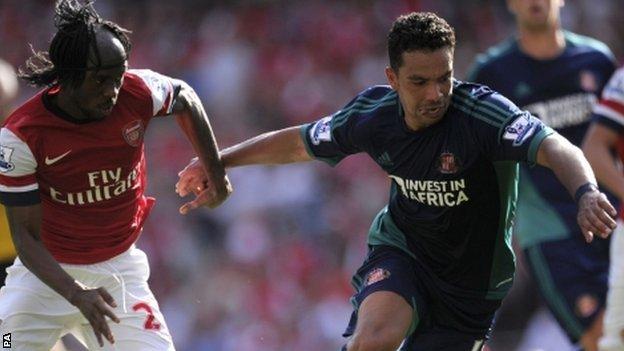 Fulham have completed the signing of former England midfielder Kieran Richardson from Sunderland.

The 27-year-old, who can also play at left-back, has signed a three-year deal with the option of a further year.

The Cottagers have paid a reported £2m for Richardson, who joined Sunderland from Manchester United in 2007.

"Kieran is a proven top-level player, who has the versatility to play a number of positions," Fulham manager Martin Jol said.

"He will bring all-round quality which will add strength to our squad and I'm confident that he will adapt well to our style of football and make an impact for us."

17 comments
Back to top
unknown