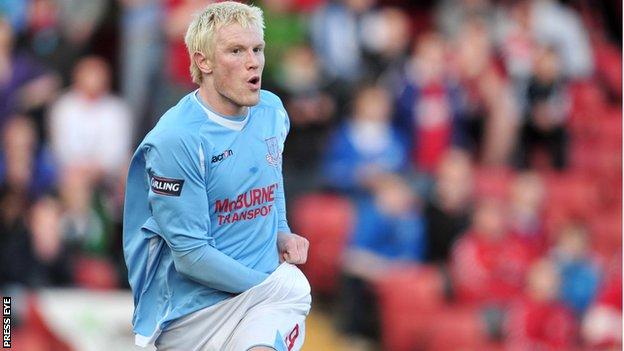 The 31-year-old agreed a one year deal with Rangers on Thursday only to depart after requests from French and Belgian clubs to go on trial.

"Andy signed a contract on the understanding, that if a club from across the water came in for him, we would release him," said the club.

Smith had spells with Glentoran, Preston NE, Portadown and Ballymena

The forward, capped 18 times by his country, signed for Belgian side Union Royale Namur last season.

He played alongside current Carrick boss Michael Hughes in the Northern Ireland side between 2003 and 2005, failing to score in 18 appearances.