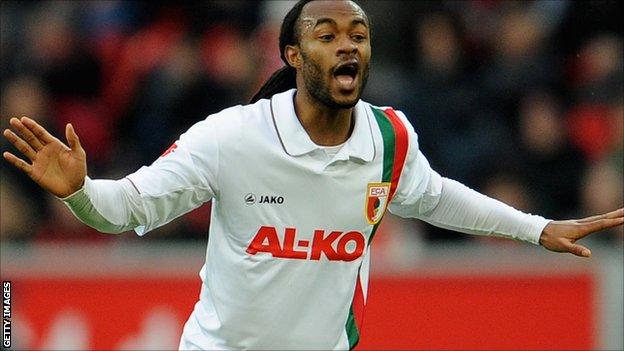 The 25-year-old, a free agent after his release by German side Augsburg, has agreed a two-year deal.

The Surinam-born player is described as a holding midfielder and began his career at Feyenoord in the Netherlands before moving to NEC Nijmegen.

Liechtenstein goalkeeper Benjamin Buchel has also joined the Cherries after impressing during a trial spell.

Buchel, 23, who has won four caps, has signed a six-month contract with the Cherries after leaving USV Eschen/Mauren in his homeland.

"I'm very happy," he told the club website. "I have seen during my trial that this is a very good club with good goalkeeper training."

Davids won three caps for the Netherlands' Under-21 side but has never played at senior international level.

He made 20 appearances in the Bundesliga last season and featured in Augsburg's defeat to Champions League finalists Bayern Munich in November.

Both deals are subject to international clearance from Fifa, as well as Football League and FA approval.