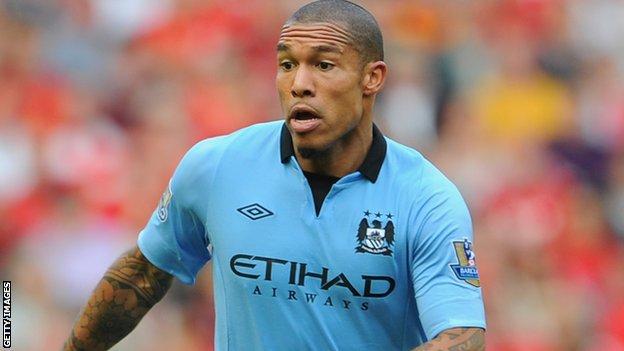 The Netherlands midfielder, 27, has signed a three-year deal with the 2007 Champions League winners.

"He is an important signing for the team - De Jong is an established international," read a statement on AC Milan's official website.

De Jong, who was in the final year of his City contract, made over 130 appearances for the club.

Manchester City manager Roberto Mancini said: "I am sorry because Nigel was an important player for us but if he is happy, I am happy for him. I am sure he will do really well in the Italian championship."

Mancini is hoping to sign three players before the transfer window closes.

"We have another 10, 12 hours to close on these players," he added. "I think if we close these players, I think we improve our team."