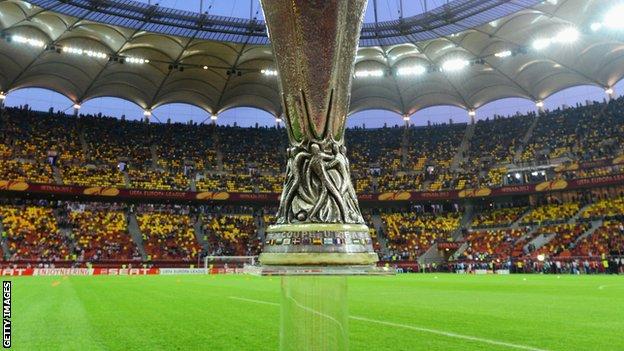 Tottenham will face 1998 finalists Lazio in the group stage of the Europa League, after the draw was made on Friday.

Andre Villas-Boas's side are in Group J and will also play Panathinaikos of Greece and Maribor of Slovenia.

Liverpool are in Group A, along with Italy's Udinese, Swiss side Young Boys and Russian side Anzhi.

Newcastle will play in Group D with France's Bordeaux, Club Brugge of Belgium and Maritimo of Portugal.

Italians Inter are bidding for a fourth title and are grouped with Rubin Kazan, Partizan Belgrade and Neftchi Baku in Group H.