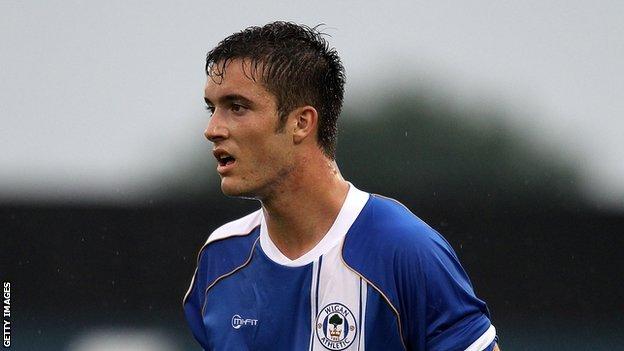 The 20-year-old joined Wigan from Espanyol in 2009, but went on loan to Inverness Caledonian Thistle last year and was their player of the season.

Rovers boss Ronnie Moore told the club website: "We were short at the back so Roman is a welcome arrival

"He's a tall, dominant centre-back who has good experience from his time in Scotland last season"