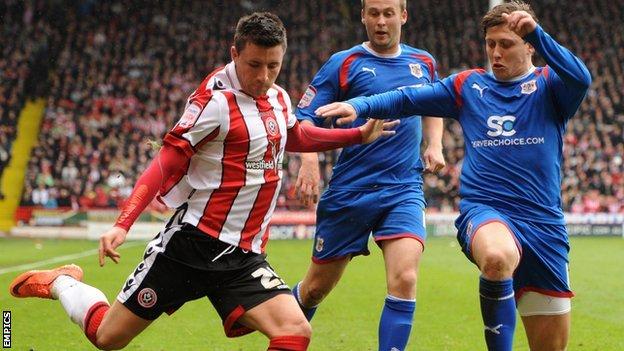 The 21-year-old Scot came through the Bolton youth set-up and spent time on loan at Sheffield United last season.

O'Halloran will be at Brunton Park until 6 October and will be eligible for ties against Preston in the FA Cup and Tottenham in the Capital One Cup, as well as League One fixtures.

He could make his debut against MK Dons on Saturday.