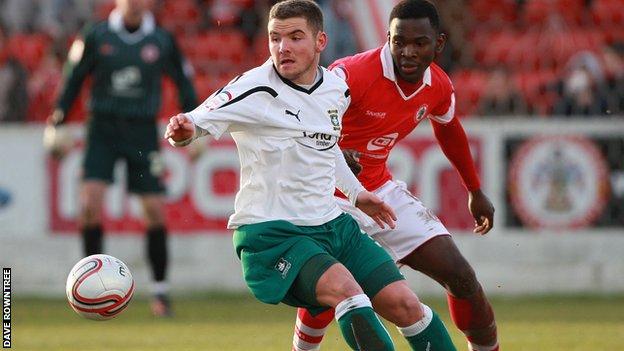 Plymouth Argyle have re-signed Alex MacDonald from Burnley on an emergency loan deal until 6 October.

Last season MacDonald scored four times in 15 starts for Plymouth while on loan from the Clarets.

Pilgrims manager Carl Fletcher's attempts to bring the 22-year-old forward back to Home Park in the summer fell through.

Fletcher told BBC Radio Devon: "If we can move Ladjie on it frees up some money for us. It's a part of management I haven't really experienced before, telling players they're not part of your plans."