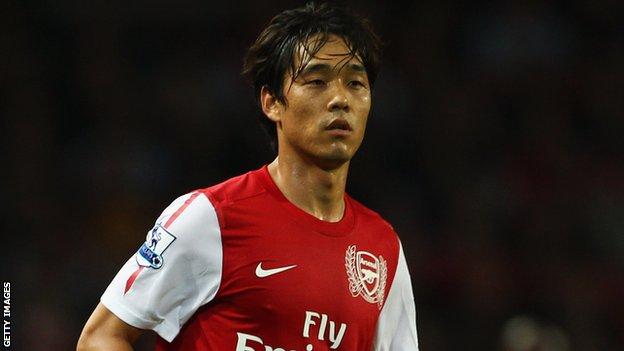 Arsenal forward Park Chu-Young has joined Spanish side Celta Vigo on loan for the rest of the season.

The South Korea international made six appearances for the Gunners last season, scoring once.

Park, who has 58 caps for his country and played in the 2006 and 2010 World Cups, helped South Korea win bronze at the London Olympics.

Prior to Robin van Persie's departure to Manchester United, Wenger strengthened his attacking options with the summer arrivals of Lukas Podolski and Oliver Giroud.

Park lost the number 9 shirt to Podolski after the German international joined from Cologne.