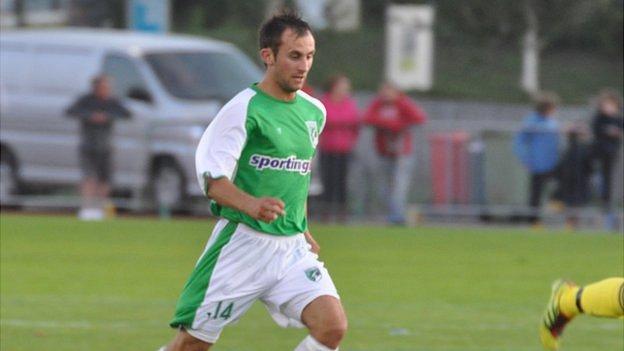 Guernsey FC reached the second qualifying round of the FA Vase with a 3-2 win at Crowborough Athletic.

The hosts took the lead through Sam Carrington after 15 minutes, but Jason Winch equalised before half-time.

Dominic Heaume and Dave Rihoy put the visitors in control before Scott Treleaven replied with a consolation for Crowborough late on.

"I think we deserved to win, there's no question about that," said Guernsey coach Tony Vance.

"It was a little bit of hard work at the end, which was more our own doing, but ultimately I'm pleased that we won the game.

"We kept trying and creating chances and credit to the boys to getting us back into it and getting our noses in front."

Crowborough player/manager Dave Adams said his side had been let down by the quality of their final ball in the second half.

"I thought one all at half-time was a fair reflection of both team's performances - I thought we started the better but Guernsey came into their own.

"Second half, our final ball into the box was lacking a bit and that was probably what was ultimately our downfall... I can't fault our players for their efforts," he commented.