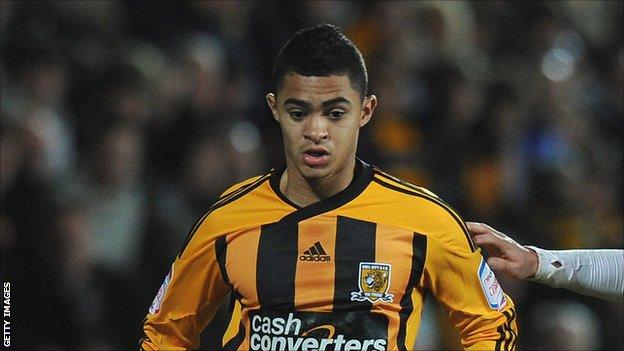 The former Manchester United trainee, 21, has played 50 times for the Tigers since moving from Old Trafford, initially on loan, in November 2010.

He has featured on three occasions for Steve Bruce's side this season, although only one of those appearances has come in the Championship.

Stewart is available to play for the Clarets in the home game against Brighton on Saturday.

"Steve Bruce has been really good to me," Stewart told Burnley's club website. "We both thought I needed to get some games.

"They have changed the system at Hull and I wasn't really playing, so I spoke to my agent and he was really keen on me coming here.

"Hopefully I will get a lot more games than I would have done at Hull."

He also had a loan spell at Yeovil at the start of the 2010-11 season, making six appearances.