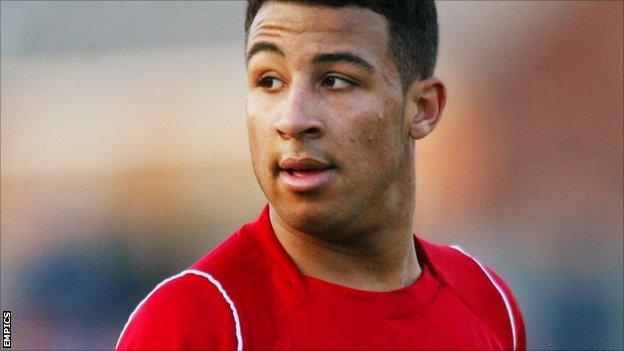 Stanley activated a release clause in the 27-year-old's deal at Sligo, where he had been signed three times by current Accrington boss Paul Cook.

The pair also played together at Accrington, helping them win promotion back into the Football League in 2006.

Boco, who has agreed a one-year deal, is awaiting international clearance.

It could prevent him facing Cheltenham on Saturday.

Boco scored Accrington's first goal in the Football League for 44 years in 2006, during his first spell with the club.

He originally left the club after feeling homesick, but Boco told BBC Radio Lancashire that he thinks it will be easier for him to settle in the North West this time around.

"I've grown up a bit," he said. "It was harder when I couldn't speak English and I was younger, but I've turned 27 now."