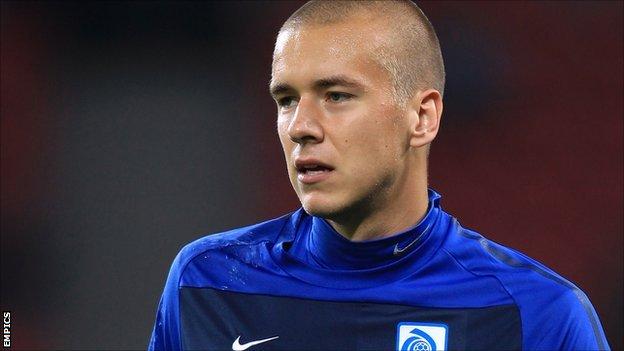 Sandomierski, 22, has three caps and joins on a season-long loan from Genk.

They have agreed three-year deals at Ewood Park, but all three will not be able to face Leeds on Saturday.

Rovers broke their transfer record on Thursday to sign striker Jordan Rhodes from Huddersfield Town, for a fee which could rise as high as £8m.