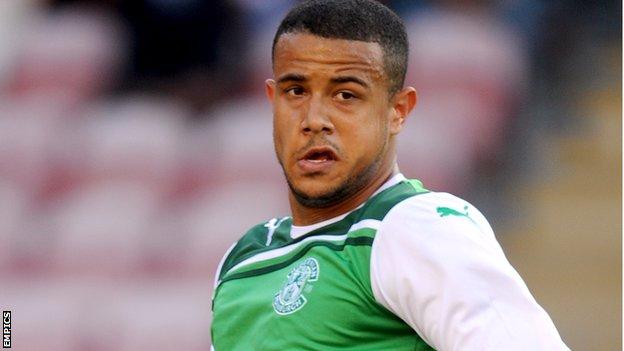 The Wales Under-21 international started his career at Norwich before joining Hibs in 2010, where he made 29 appearances in two seasons.

The 20-year-old is the second player to leave the SPL club for the Bees this summer, following goalkeeper Graham Stack's switch last week.

Stephens could make his debut for the League Two club in their game at Rochdale on Saturday.