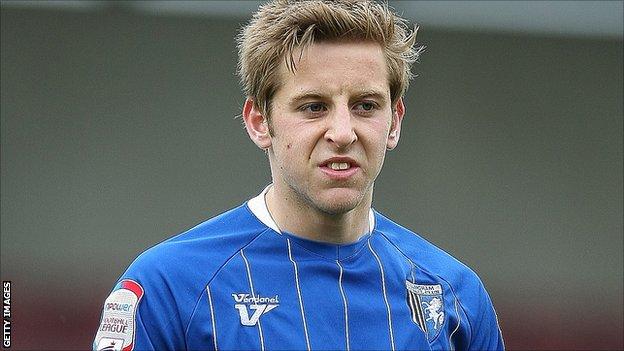 Luton Town have taken defender Connor Essam on loan from League Two side Gillingham for a month.

The 20-year-old made his full debut in February, playing 18 times last season.

He agreed a three-year contract with the Gills in June but has yet to feature in a competitive match under new boss Martin Allen.

"In Connor we've got someone who had League Two experience last season and did very well," Hatters manager Paul Buckle told the club website.

"He's a proper centre-half who likes to attack the ball and, at this level, an aerial presence is vital."