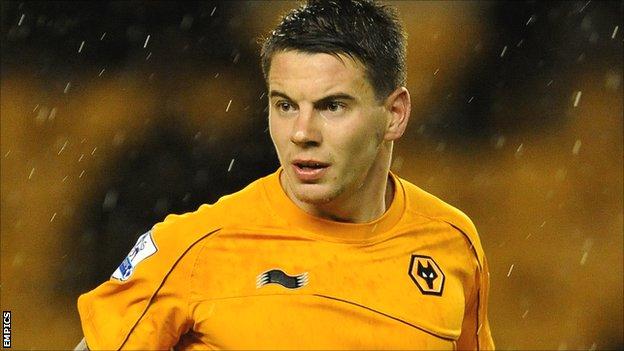 Former Liverpool trainee Hammill, 24, has played 23 games for Wolves since joining from Barnsley in January 2011.

He had a loan spell with Middlesbrough last season and was made available for transfer by new Wolves boss Stale Solbakken earlier this month.

Huddersfield sold star striker Jordan Rhodes to Blackburn for a fee which could rise as high as £8m on Thursday.