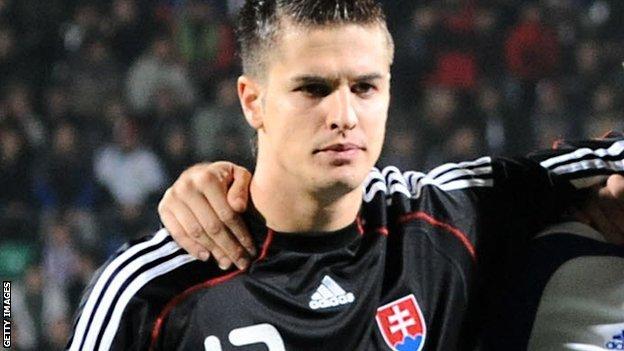 The 25-year-old will provide cover for Fraser Forster and arrives on a one-year loan with the option of a permanent move.

He switched to Nantes on a five-year contract in July 2009 but failed to become a first-team regular.

The French club sent him on loan to Sivasspor, Sparta Prague and, most recently, Spartak Trnva.

Kamenar made his international debut in a World Cup qualifier against San Marino in 2008 and has made on appearance since for Slovakia.

Celtic now have three experienced goalkeepers, Forster having made his loan move from Newcastle United permanent during the summer.

Poland goalkeeper Lukasz Zaluska has been second choice behind the Englishman.