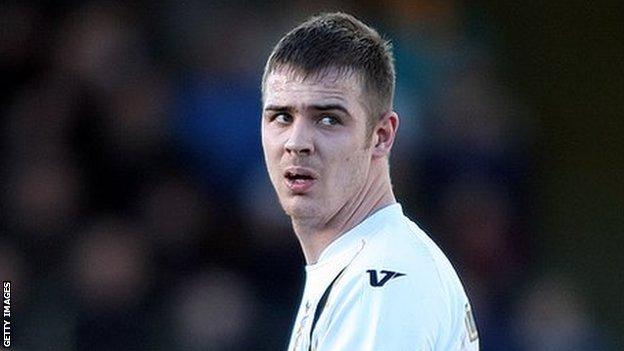 The game looked all over by the half-hour mark when Louis Dodds, Ashley Vincent and Pope's first two goals, both from close range, put Vale 4-0 up.

Michael O'Connor pulled one back on 31 minutes before Daniel Nardiello's early second-half penalty, for handball against John McCombe, made it 4-2.

But Pope struck twice more, again from close range, to complete the job.

"Well I think the first half is as bad as it's been, defensively.

"They go four up and our back four and two central midfielders looked all over the place.

"We lacked discipline to mark people, it was absolutely embarrassing for 30 minutes."