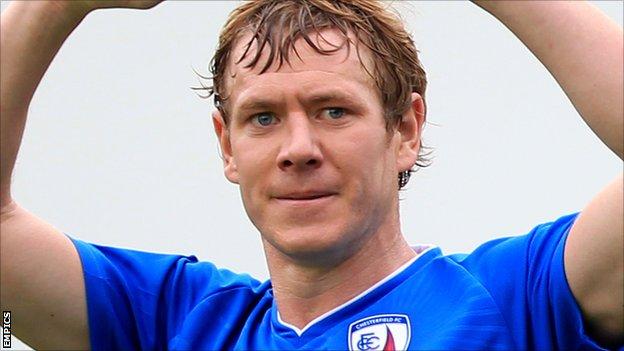 Holden's volley was also his first goal for the club as the former Chesterfield man guided the ball in at the back post from Jamie Paterson's corner.

Alan Smith could have levelled in injury time but David Grof saved.

"Fair play to Walsall. I thought their endeavour, their togetherness, their last-ditch defending, was remarkable, but we made so many chances - and if you don't take them, you're not going to win football matches, it's as simple as that.

"Obviously, a number of things went wrong for the goal, but the weird thing for me was the corner that led up to it, when Dave Martin went to punch it, the lad pushed him in the goal and he couldn't get to it and the referee waved play on.

"Two seconds later on the edge of the box a very similar thing happened when Darren Potter nudged their lad and he gave a free-kick against us."