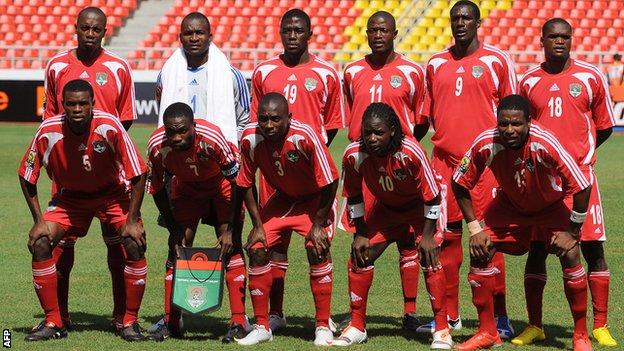 Malawi have named teenage sensation, Gabadini Mhango, in their 19-man squad for the Africa Cup of Nations final qualifying round, first leg tie in Ghana.

The 18-year-old forward, who is man of the moment in Malawi, has scored 13 goals in 15 games for local club Big Bullets this season.

Mhango earned his first cap in Malawi's 2-1 friendly win at home to Zambia in July. This could be his first competitive international.

Missing from the list is enterprising midfielder John Banda of local club Blue Eagles, who is injured, while striker Chiukepo Msowoya - who was recently offloaded by South African club Orlando Pirates - has been dropped after snubbing a previous call up.

Phiri has been impressed by the local players in the squad, selected in the absence of veterans such as strikers Esau Kanyenda and Russel Mwafulirwa who are without a club, and Vietnam-based Victor Nyirenda, who has not played much of late.

"It's very unfortunate that most of our foreign based players at the moment have not been active. I decided to put in players that - though young - have got the heart and have been playing," said Kinnah.

The Flames' boss was quick to confess it will not be easy to beat Ghana in their own backyard.

"We will try to play a very cautious game and if they open up, we get a chance, we will make use of it. And should we score, we will defend that goal to the end," explained the Malawi coach.

Phiri, however, highlighted Ghana's tendency to play fast football, and knows his men must remain alert. He is confident, though, as the locally-based players have impressed him with their fitness levels and could provide a counter-attacking threat.

Malawi will be based in Liberia ahead of the match in Accra. They will prepare with a friendly international against Liberia on Tuesday, before leaving for Ghana the following day.

The Flames will line up against the Black Stars on 8 September.