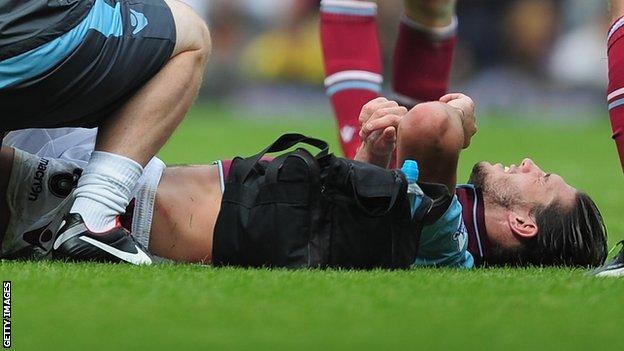 West Ham striker Andy Carroll has been ruled out for between five and six weeks with a hamstring injury.

A scan has revealed that Carroll's hamstring injury is serious, ruling him out of one Capital One Cup and four Premier League games.

The former Newcastle United forward now faces a race to be fit for England's next World Cup qualifying double-header, against San Marino and Poland, in early October.

England start their qualifying campaign at the Zimbru Stadium in Moldova on Friday, before facing Ukraine at Wembley next Tuesday.

Carroll played a key role in two of West Ham's goals in Saturday's 3-0 win over Fulham.

"We were ready to bring him off and unfortunately on that last jump he got hit by Brede Hangeland," said Hammers boss Sam Allardyce.