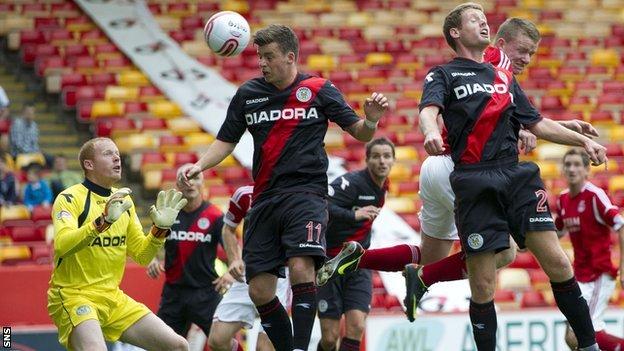 St Mirren manager Danny Lennon expressed relief at escaping Pittodrie with a point against an Aberdeen side he praised to the hilt.

"I must congratulate Craig Brown and Archie Knox for the side they have built since coming here," Lennon said after the 0-0 draw.

"Their philosophy of playing from the back was very pleasing to see.

"They will be frustrated not to have scored in another game, but we had the same problem last season."

Lennon was satisfied with a point after a busy period for his players.

"It has been a very demanding week, with three games in seven days," he added.

"Aberdeen put pressure on us and had the better of the chances, so I am absolutely delighted that it finished all square, especially as Craig Samson has not really had a save to make.

"If they [Aberdeen] can get it right in front of goal, they have the makings of a right good team."