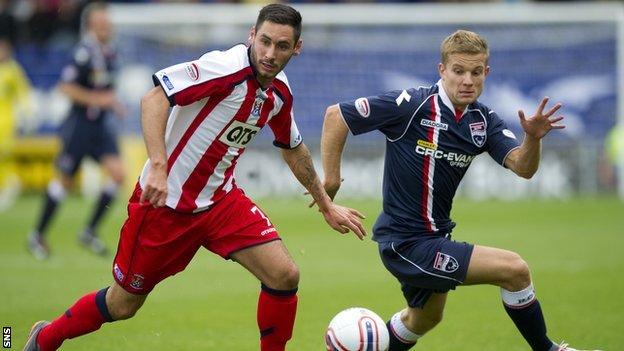 Kilmarnock manager Kenny Shiels bemoaned his side's lack of enterprise in the 0-0 draw against Ross County.

"I think it was a fair outcome where two teams were poor," Shiels said after the match in Dingwall.

"It was just a scrap from start to finish, it was awful football. We weren't our usual creative self."

Killie claimed unsuccessfully for a penalty after Rory McKenzie went down in a crowded County penalty area.

But Shiels said: "I don't know, I couldn't see if it was a penalty or not but we can't clutch at straws. We have to do better.

"We just got into a way of playing and we weren't fluid.

"Both teams didn't go out to entertain. We have a little bit of an excuse where we had a shallow squad out [on the pitch] and a lot of players missing. But that's only an excuse. We still have to entertain.

"We've got a point up here, which is good when you consider how well Ross County have done.

"They deserve so much credit, and as a club they've done unbelievably well and where they're at now is fantastic."