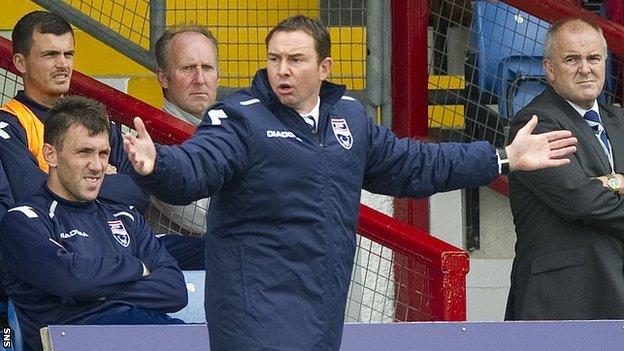 "I'm still looking to take in players," said Adams after the 0-0 Scottish Premier League draw with Kilmarnock at Victoria Park.

County's third goalless draw of the season maintained their unbeaten start to their debut SPL campaign and stretched their league record to 39 games without loss.

"We've gone five games in the Premier League and it's a tough league," added Adams.

"We did create chances today. If the first chance had gone in, I think we'd have gone on to win the game convincingly.

"We just keep on picking up points and if we can do that and pick up wins along the way then we'll do fine.

"It's a very good start and I'm just delighted. The teams we've had to play against have been very difficult opposition and we just continue this fabulous unbeaten run."