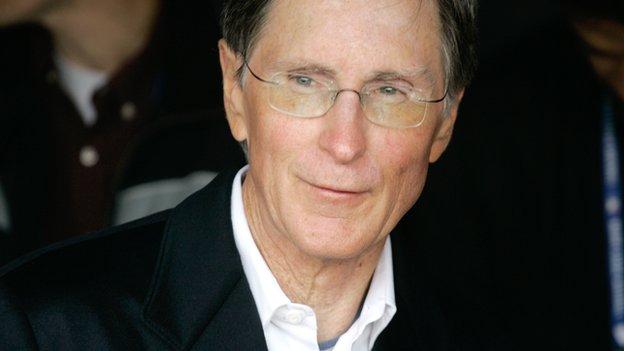 John W Henry, Liverpool's principal owner, has written an open letter to supporters of the club.

Read the complete letter below:

"I am as disappointed as anyone connected with Liverpool Football Club that we were unable to add further to our strike force in this summer transfer window, but that was not through any lack of desire or effort on the part of all of those involved.

"They pushed hard in the final days of the transfer window on a number of forward targets and it is unfortunate that on this occasion we were unable to conclude acceptable deals to bring those targets in.

"But a summer window which brought in three young but significantly talented starters in Joe Allen, Nuri Sahin and Fabio Borini as well as two exciting young potential stars of the future - Samed Yesil and Oussama Assaidi - could hardly be deemed a failure as we build for the future.

"Nor should anyone minimise the importance of keeping our best players during this window. We successfully retained Daniel Agger, Martin Skrtel and Luis Suarez. We greatly appreciate their faith and belief in the club. And we successfully negotiated new, long-term contracts with Luis and with Martin.

"No-one should doubt our commitment to the club. In Brendan Rodgers, we have a talented young manager and we have valued highly his judgement about the make-up of the squad. This is a work in progress. It will take time for Brendan to instil his philosophy into the squad and build exactly what he needs for the long term.

"The transfer policy was not about cutting costs. It was - and will be in the future - about getting maximum value for what is spent so that we can build quality and depth.

"We are avowed proponents of Uefa's Financial Fair Play agenda that was this week reiterated by Mr Platini - something we heartily applaud.

"We must comply with Financial Fair Play guidelines that ensure spending is tied to income. We have been successful in improving the commercial side of the club and the monies generated going forward will give us greater spending power in the coming years.

"We are still in the process of reversing the errors of previous regimes. It will not happen overnight.

"It has been compounded by our own mistakes in a difficult first two years of ownership. It has been a harsh education, but, make no mistake, the club is healthier today than when we took over.

"Spending is not merely about buying talent. Our ambitions do not lie in cementing a mid-table place with expensive, short-term quick fixes that will only contribute for a couple of years.

"Our emphasis will be on developing our own players using the skills of an increasingly impressive coaching team. Much thought and investment already have gone into developing a self-sustaining pool of youngsters imbued in the club's traditions.

"That ethos is to win. We will invest to succeed. But we will not mortgage the future with risky spending. After almost two years at Anfield, we are close to having the system we need in place.

"We will build and grow from within, buy prudently and cleverly and never again waste resources on inflated transfer fees and unrealistic wages. We have no fear of spending and competing with the very best but we will not overpay for players.

"We will never place this club in the precarious position that we found it in when we took over at Anfield. This club should never again run up debts that threaten its existence.

"Most of all, we want to win. That ambition drives every decision. It is the Liverpool way. We can and will generate the revenues to achieve that aim. There will be short-term setbacks from time to time, but we believe we have the right people in place to bring more glory to Anfield.

"Finally, I can say with authority that our ownership is not about profit.

"In our case, we work every day in order to generate revenues to improve the club. We have only one driving ambition at Liverpool and that is the quest to win the Premier League playing the kind of football our supporters want to see.

"That will only occur if we do absolutely the right things to build the club in a way that makes sense for supporters, for us and for those who will follow us.

"We will deliver what every long-term supporter of Liverpool Football Club aches for."