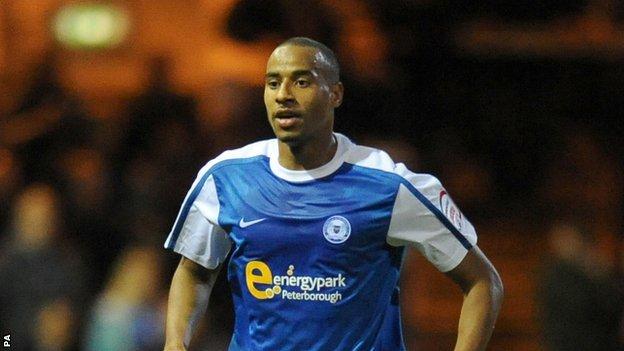 Peterborough striker Tyrone Barnett believes the team is playing well enough to go on a run of good results once they secure their first win.

Posh lie bottom of the Championship after failing to pick up a point in any of their opening four fixtures.

But Barnett, who returned from injury to start Saturday's 1-0 defeat at Birmingham, said confidence is high.

He told BBC Cambridgeshire: "We're a good side and once we get the first win the belief will be there even more."

The 26-year-old former Crawley striker, whose season debut was delayed by a hamstring problem, said if Posh had scored first at St Andrew's - which they very nearly did when Michael Bostwick hit the bar - they would have gone on to score four or five.

"I think the lads are playing with confidence and that we're a good side. Once we get that first win we'll go on a run, a really good run," Barnett continued.

He said manager Darren Ferguson, who described Barnett as "immense" after the game, was staying calm.

"It's only when we've played badly that he changes, but he feels we're playing well," said Barnett.