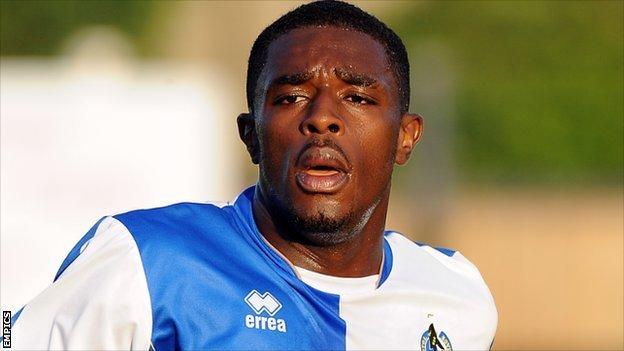 Middlesbrough manager Tony Mowbray has said Mustapha Carayol's presence was missed during Saturday's 3-1 defeat by Millwall at the New Den.

The 24-year-old winger was left out of the squad with a hyper-extended leg injury, after scoring in Tuesday's 2-0 Capital One Cup win at Gillingham.

"He brings a different dimension to the team, something we maybe missed."

Meanwhile, the passing of the transfer deadline last Friday has ensured striker Marvin Emnes will remain at the Riverside until at least the January window.

Emnes, 24, had been a reported target of Swansea, but attracted no bids.

"Marvin's a talented footballer, he fits into the way we want to play," Mowbray said.