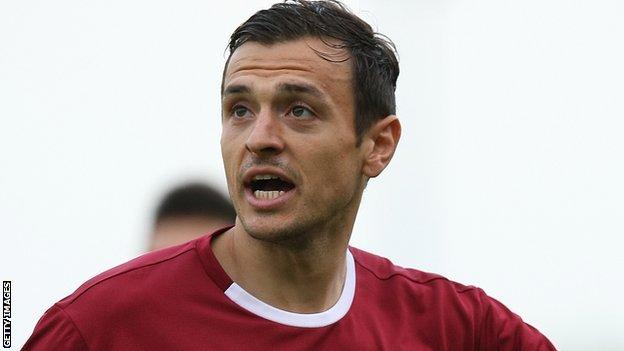 Northampton Town striker Alex Nicholls says that fatigue was not to blame for their League Two defeat by Plymouth.

The Cobblers lost 3-2 at the weekend, having been beaten 3-1 by Wolves in the Capital One Cup two days previously.

Nicholls told BBC Northampton: "It would be an excuse. We've shot ourselves in the foot right at the start of the second half and that's set us up for the downward spiral.

"I don't think Thursday's match had anything to do with it."

The Cobblers lie 13th in League Two and Nicholls, who has scored four goals this season, regrets that they are not higher up the table.

"[The defeat to Plymouth] is quite devastating," he said.

"We've conceded a last-minute goal at Southend [when that] should have been three points, and in the second half today, we shouldn't concede goals like that.

"With those points we'd have been joint top.

"I'm not going to put the blame wholly on the defence. Defending starts from the front line and it's a whole team effort."

The Cobblers are next in action on Tuesday against MK Dons in the Johnstone's Paint Trophy.