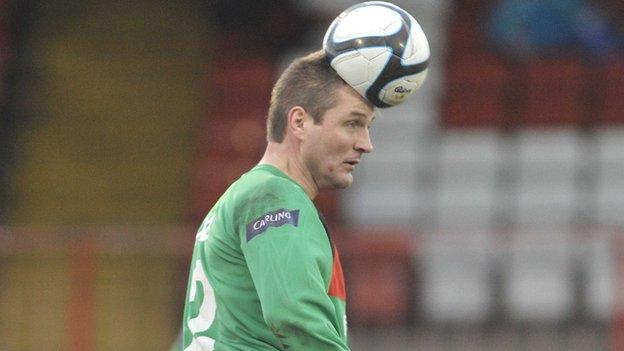 Mallards boss Whitey Anderson is hoping for a positive response after Saturday's 2-1 defeat at Crusaders.

"We learn things from each game and put them into practice in the following match," said Anderson.

The Seaview defeat was the first this season for the newly promoted side from Fermanagh.

He added: "We'll hopefully get a good response after our first-half display against the Crues.

"We certainly have to start better against Glentoran or we will find ourselves in trouble."

The north Belfast picked up just a point in four league meetings with the Blues last season and also lost 4-1 to Linfield in the Irish Cup final.

"We have to give a better account of ourselves than we've done in recent times," said Baxter.

Ballymena United strikers James Costello and Jordan Baker are poised to miss the Solitude clash with Cliftonville while defender Richard Vauls is an injury doubt.