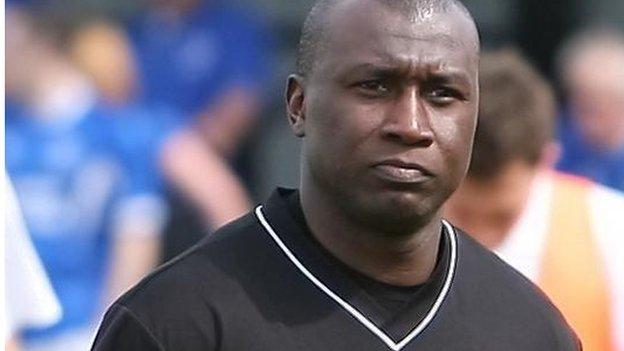 Director of football Adie Mings has left Chippenham Town to take up a scouting job at Chelsea.

The 43-year-old was appointed manager at Hardenhuish Park in 2006, before being moved in to a backroom role at the end of last season.

But he has now ended his six-year association with the Southern Premier club to become the Blues' youth scout in the South West.

"It's the right time for me to go," he told BBC Wiltshire.

"The club is in good hands, with all the resources and re-structuring. I've left the club at a good time and they're trying to move forward.

"It's a wrench to leave such wonderful people behind but things evolve and people move on."

Mings has spent his entire 25-year career in non-league football.

Born in Chippenham, he started his career with the Bluebirds and also had spells with Gloucester City, Forest Green Rovers and Bath City.

He returned to his hometown club as player-assistant manager before being appointed full-time manager.

Mings twice lead the club to the Southern Premier play-offs but was replaced by Nathan Rudge in April after a disappointing run of results.