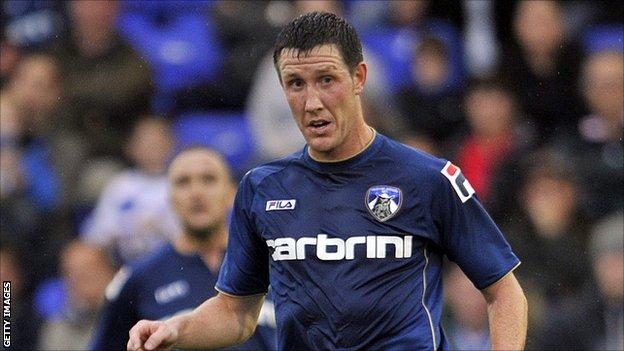 Oldham defender Cliff Byrne says he was the victim of mistaken identity after being shown a red card in the 1-0 victory at Portsmouth on Saturday.

Pompey striker Jonathan Obita and Oldham's Connor Brown were involved in a tussle, after which Obita and Byrne were dismissed for violent conduct.

How they've made the mix-up, I don't know. I was miles away from the ball

"I think they (the officials) know they've made a bit of a mistake," Byrne told BBC Radio Manchester.

"How they've made the mix-up, I don't know. I was miles away from the ball."

The club have announced they will appeal against the red card shown to Byrne, who continued: "In their defence, it was probably an honest mistake.

"But I think 12,000 home fans were singing 'you don't know what you're doing' when he was sending off an away player.

"It's a genuine mistake from the fourth official and we're just very thankful that it hasn't gone on to affect the result because I think we deserved the three points."

Meanwhile, the League One game against Doncaster on Saturday has been postponed. Latics trio Kirk Millar, Carl Winchester and captain Dean Furman are all away on international duty.