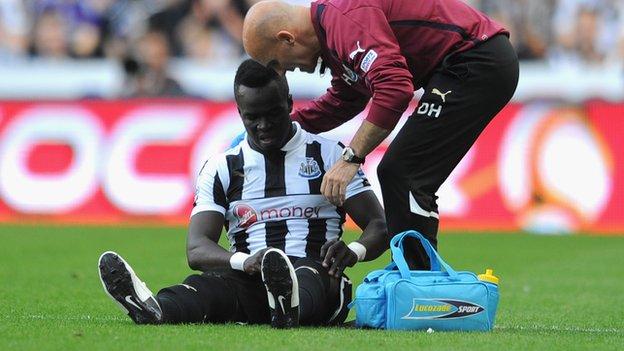 Tiote has been out out of action since damaging a calf muscle on the opening day of the season and Newcastle are struggling without the 26-year-old.

After Newcastle drew 1-1 with Aston Villa in the Premier League on Sunday, Pardew said: "Cheick was sorely missed.

"That was a Cheick game. He would have been in and around a few of those Villa boys."

Tiote will miss his country's vital Africa Cup of Nations final-round qualifier first leg against Senegal on Saturday because of the injury but he is expected to have recovered in time to play for Newcastle away at Everton on 17 September.

"It will be nice to see him back in a black and white shirt for Everton," said Pardew.

"We are expecting him to be in and around it for the Everton game, we really are. We have to work hard on him, but I am hoping, fingers crossed, that we can get him right for that.