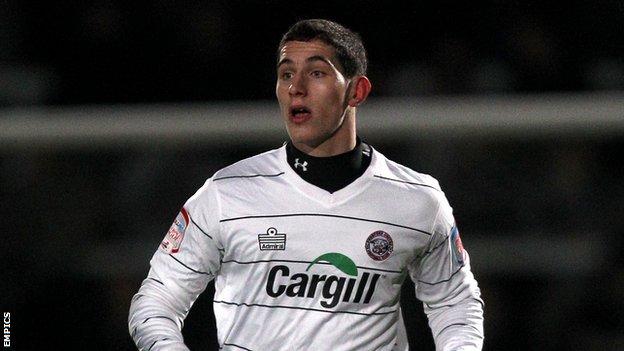 Hereford United have cancelled Benoit Dalibard's contract after the Frenchman asked to leave because of homesickness.

The 21-year-old, who had yet to make an appearance this season, requested to leave after the 2-0 defeat by Grimsby.

The defender joined Hereford in 2011 from Guingamp and will now return to his native France.

"Bruno was visibly upset on Saturday, he is very homesick and asked if we would let him return to France," boss Martin Foyle told the club website.

"We didn't have to let him go, especially when we had interest from Football League clubs in the summer for him, but I am not going to stand in anyone's way, especially when a player misses his family.

"There are more important things in life than football."