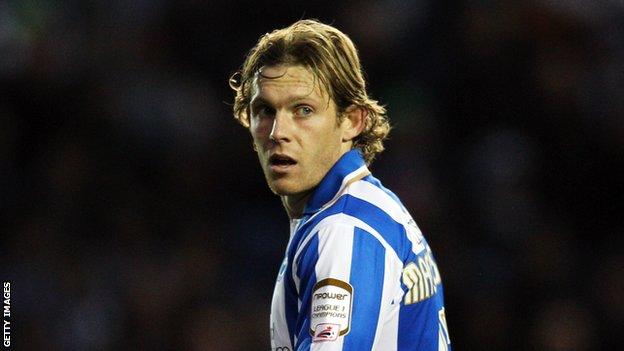 Brighton & Hove Albion striker Craig Mackail-Smith hopes his goalscoring run will help him force his way back into the Scotland set-up.

The 28-year-old, who was left out of the squad for the upcoming World Cup qualifiers by manager Craig Levein, has hit four goals in his last two games.

Mackail-Smith told BBC Sussex: "Obviously I'd have loved to be involved for the qualifiers coming up.

"All I can do is keep scoring goals and when my time comes, take it."

Mackail-Smith, who has scored one goal in six international appearances, will miss the home games against Serbia and Macedonia.

"I always want to be involved but Jordan Rhodes and Ross McCormack did fantastically in the friendly [against Australia] and both scored," he added.

"I understand the decision."

Mackail-Smith's brace for the Seagulls in their 3-1 win over Burnley in the Championship on Saturday included a spectacular overhead kick.

"It was nice to get two on the score sheet and the manner I did them in was special as well," he continued.

"The overhead kick up there [with the best I've scored]. It came across and it was just instinctive.

"I caught it flush and as I hit the ground I saw it hit the back of the net and it was a fantastic feeling.

"The most important thing was to win away.

"Last season we struggled with away games, scoring goals and picking up points. To come away with a positive result and scoreline was fantastic."