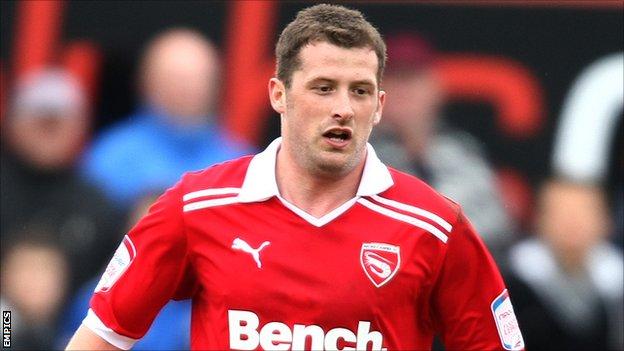 Morecambe will be without striker Danny Carlton for the majority of the season after he suffered cruciate ligament damage at Bristol Rovers on Saturday.

Sub Carlton had only been on the field for eight minutes before the injury.

It's a massive blow for Danny and for us

"It's a massive blow for Danny and for us," Shrimps manager Jim Bentley told the club website.

"He was looking sharp in training and was doing well on Saturday when he came on, but pulled up with the injury, which is one that most players dread."

Carlton now requires surgery and is likely to be out for six to eight months.

Bentley added: "I'm absolutely devastated for him because he probably won't be back in contention until February or April at the earliest.

"That is a blow for him and for us, as we have such a small squad anyway.''