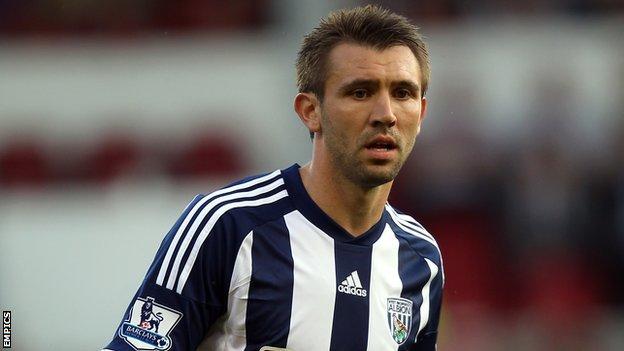 West Bromwich Albion defender Gareth McAuley says a good pre-season is behind the Baggies' unbeaten start in the Premier League this term.

Northern Ireland international McAuley, 29, scored in the Baggies' victory over Everton on Saturday to help maintain their fine start to the campaign.

He told BBC WM: "It's down to the hard work and preparation we've done in the eight or nine weeks of pre-season.

"It's a good start but it's a long season, we've got tough games to come."

Following their victory at the weekend, West Brom have seven points from their opening three Premier League matches.

Alongside wins against both Everton and Liverpool in the opening stages of the season, a last-minute James Morrison equaliser helped the Baggies earn a draw at Tottenham.

And McAuley believes that showing of determination epitomises the team spirit within the dressing room that has helped Albion produce their early season form.

"The core of the group has been together for four or five years and there's a great spirit in there.

"That was shown in the Tottenham game when we wouldn't be beaten. We just keep going, tackling for each other. It's a real team thing here."