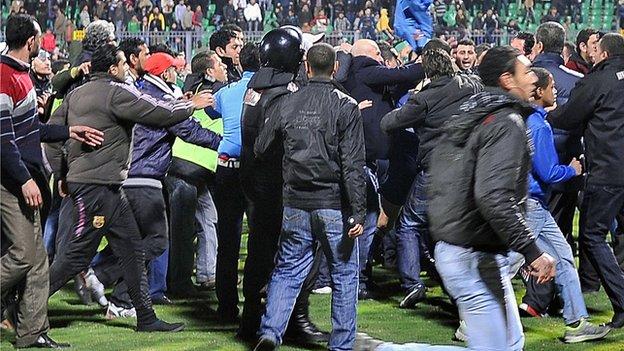 The Egyptian Premier League will return on 17 September, the country's Ministry of Sport has announced.

The decision ends the ban on domestic football in Egypt that has been in place since a stadium disaster in February when more than 70 fans died.

Minister of sports Al Amry Farouk said: "I met with the Minister of Interior and we agreed on resuming the league.

"But without fans for the time being and then we'll see - that's our agreement with security officials."

Farouk added that Al Masry, whose home match against Al Ahly ended in Egypt's worst football tragedy, will not take part in the league in the new season.

"We reached an understanding with Al Masry who agreed to withdraw and take part next season," he said.

Since the tragedy in Port Said the only matches played in Egypt have been qualifiers for the Africa Cup of Nations and World Cup, and some continental club games - all of which have been played behind behind closed doors.

The ministry had previously turned down proposals for the league to return on 24 August and 7 September, concerned about the lack of security at games.