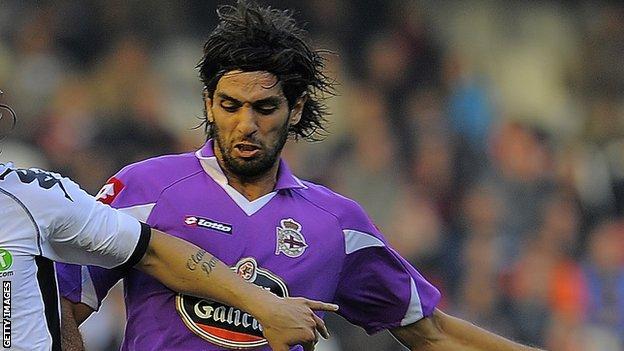 Lassad signed for Celtic on Sunday, but Spanish side Levante accused the player of reneging on a deal to sign for them.

And the Valencians vowed to launch a legal challenge to the move, which has left Lennon unfazed.

I met him for the first time, we spoke for a lengthy period of time and Levante never came into the conversation once

"Having spoken to [chief executive] Peter Lawwell and Lassad's advisors everything is above board - that's the way we do business anyway," he said.

"Whether another agent got involved with the player I don't know.

"Sometimes these people do get involved and muddy the water a little bit, but as far as we are concerned everything was done the right way."

The 26-year-old French-born Tunisia international began his career with Corsican side Ajaccio before moving to Chateauroux.

He then joined Deportivo in 2008, winning the first of three international caps the following season.

And, after their attempt to sign Lassad proved fruitless, Levante director Alberto Gil was quoted as saying: "Our club reserves the right to use legal matters to investigate this transfer. And it is possible it could be reported to Fifa."

But Lennon insists "there is nothing really to say".

"He is a Celtic player who did his medical and he is training at Lennoxtown with the rest of the players who are here and we are very pleased to have him," added the Celtic boss.

"I don't know what repercussions there can be, certainly not on our part anyway. I am assuming that the player is aware of the fuss.

"But I met him yesterday for the first time, we spoke for a lengthy period of time and Levante never came into the conversation once."