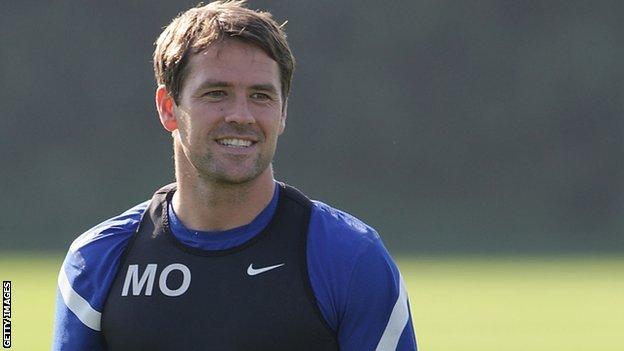 The former Manchester United, Liverpool and England striker, 32, agreed a one-year deal with the Potters on Tuesday.

But Stoke required the Premier League's approval to include the ex-Newcastle United and Real Madrid player in their 25-man squad for the current season.

Can he still do it?

Michael Owen has had an illustrious career most footballers can only dream about, but will he be able to recapture some of the magic from his glory days following his move to Stoke City?

Owen has won 89 caps and scored 40 goals for his country, although he has not played internationally since 2008.

He spent three seasons at Manchester United but played in only 52 games, netting 17 times. He made just four appearances for the club last season.

Owen said he was "particularly excited" at the prospect of working under Stoke manager Tony Pulis.

"He has assembled a great squad that I look forward to joining," said Owen. "I'm now looking forward to contributing as much as possible to the club and can't wait to play in front of a great set of supporters."

He added: "We have been in talks for a while and it was a club I was always keen to join."

Liverpool dismissed suggestions they were keen to bring Owen back to Anfield. Everton and Sunderland also distanced themselves from reports they had attempted to sign the player during the summer.

Owen's career has been blighted by injury problems and he has not played a competitive game since November because of a thigh problem. He has started just one Premier League game in the last two seasons.

Owen recently admitted to frustration at the limited opportunities given to him during his time working under Sir Alex Ferguson, but denied suggestions that his time playing in the top flight may have passed or that he was considering retiring from the game.

Owen's last goal came in Manchester United's 3-0 win over Aldershot in the last 16 of the Carling Cup on 25 October last year.