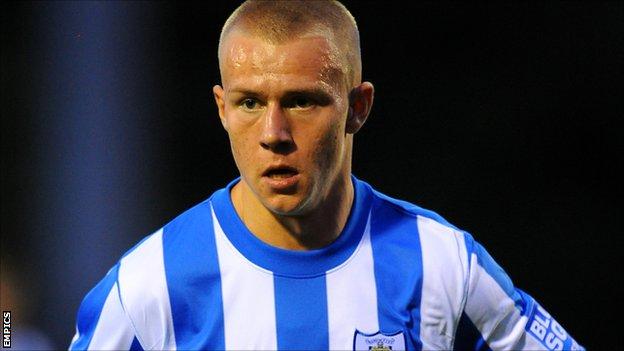 The 20-year-old joined the Bluebirds from Stockport last month, and teed up striker Joe Jackson for the club's second goal at Holker Street.

"We know he's got that ability in him, it helps being further up the pitch where he can run at defenders."

He added: "He took a knock on his calf and couldn't carry on, that's why we had to change it."

The result extended the Bluebirds' winless run to seven games this term, despite leading the Mariners by two goals with 23 minutes to play.

"We're disappointed not to see the game out, but they're a good side," Bayliss added.

"We've got to make sure we keep putting in the effort, and you could see the reaction of the supporters at the end.

"You can't fool those supporters, they let you know if you haven't put a shift in and they clapped the players off tonight.

"They played with pride, passion and everything you want to see out of a Barrow shirt."