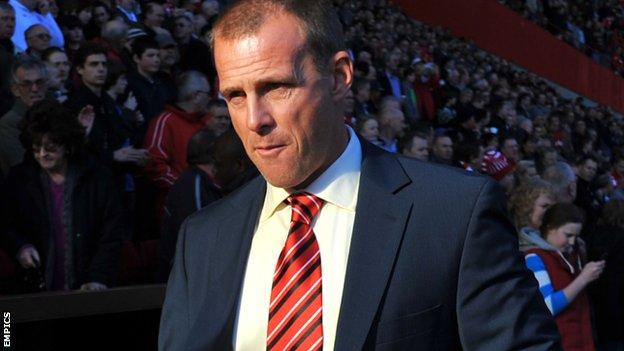 Stevenage manager Gary Smith has hit out at his side's complacency in the first half of the Johnstone's Paint Trophy defeat by Dagenham & Redbridge.

Smith named a strong side for Tuesday's game but they lost 3-2 to their League Two opponents.

"I think they felt the game might have been won before they even took part in it," he told BBC Three Counties Radio.

"Before they got themselves into gear, the game was over. It's a massive lesson to be learnt for us."

Stevenage are unbeaten in League One so far this season but conceded three goals in the first 35 minutes at Victoria Road.

Smith said that at such an early stage of the campaign, his players should feel "aggrieved" at losing any game.

"My comments (after the game) have really been about what we need to continue to achieve if we're going to maintain that unbeaten run and challenge for the play-off positions again as we did last year," he added.

"This group has been built on spirit and determination and there is still an abundance of that.

"Applying that and directing it in the right areas at the right times is very important but the players are fully aware of what is expected to maintain their push in the league and we'll be doing everything to make sure that happens."