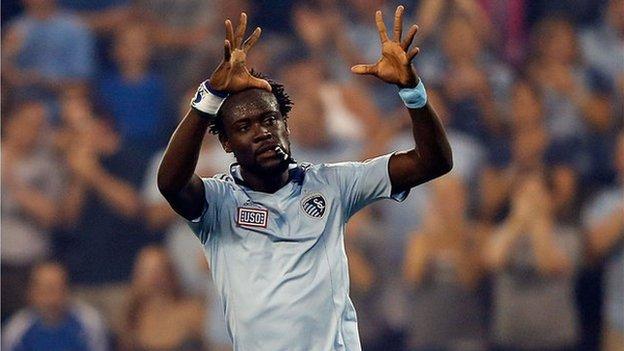 Leone Stars captain Kargbo and United States-based striker Kamara have now been included in the squad to face Tunisia in Saturday's first-leg final-round qualifier for the 2013 Africa Cup of Nations.

The pair were suspended indefinitely in July for indiscipline by both the SLFA and the Sports Ministry.

A statement from the SLFA then accused the players of frequently showing contempt to the Sport Minister Paul Kamara and making derogatory statements and threatening remarks on-air against football authorities.

However, the statement did not cite the incidents in which the players were alleged to have made such comments.

The spokesman of the SLFA Sorie Ibrahim Sesay told BBC Sport said: "We lifted the suspensions of the players on the orders of Minister Kamara who told us that the players have apologised and he has accepted their apologies.

The inclusion of Azerbaijan based Kargbo and Kamara have taken the number of Leone Stars foreign-based players for their encounter against Tunisia to 21.