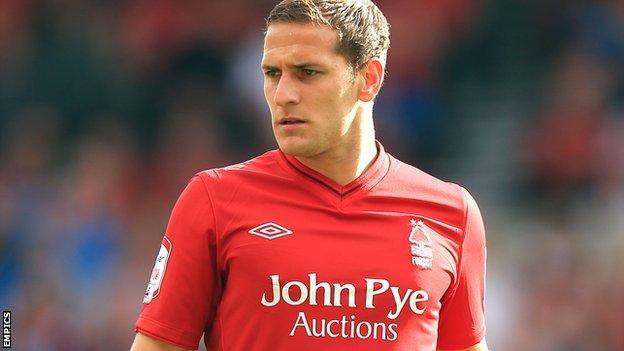 Billy Sharp says he wants clarity about his future at Southampton following his loan move to Nottingham Forest.

The striker only made two substitute appearances in the Premier League this season before signing a season-long deal with Forest on deadline day.

I still need a few answers from Southampton

Sharp told BBC Radio Nottingham the transfer was a surprise.

"I still need a few answers from Southampton because I was enjoying my time there but I have no worries about coming here," the 26-year-old added.

"It's a massive club with a great fanbase and I am looking forward to playing for Forest."

Sharp, whose move could be made permanent in the summer, scored in Saints' League Cup win over Stevenage and was keen to taste life in the top flight.

But he said that after a conversation with Southampton boss Nigel Adkins he had no hesitation in linking up with Sean O'Driscoll - his former manager at Doncaster Rovers.

Sharp said: "Obviously I was only two games in and have only come on for a few minutes each game but I spoke to the manager [Adkins] and it was best of me to come here, so I'm delighted to be here.

"From the short time I have been here I can see it's a good team spirit, there is good depth in the squad and there are some good players here."