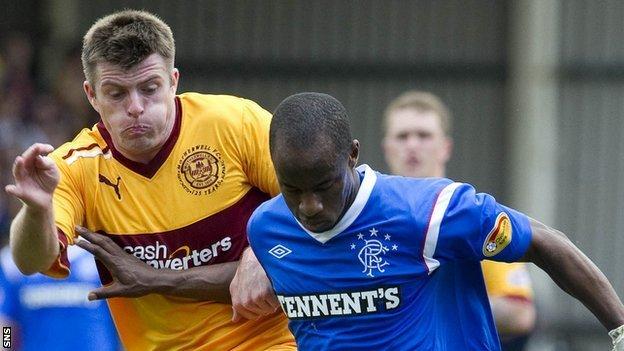 The match will take place on Wednesday, 26 September at Ibrox Stadium with a kick-off time of 19:15 BST.

It will be the first time Rangers have faced SPL opposition since their removal from the league in the summer.

BBC Scotland's Sportscene will broadcast the match on BBC ONE Scotland starting at 19:00 BST.