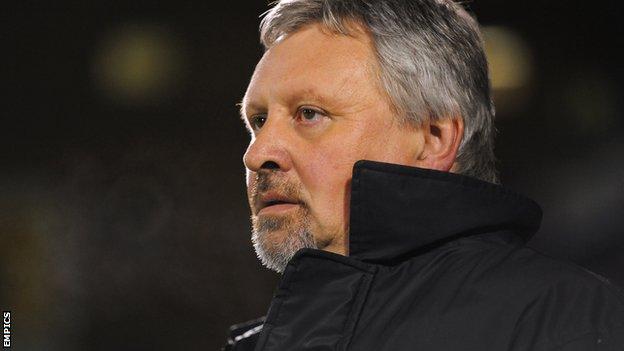 Southend manager Paul Sturrock wants to see his side develop a "never say die" attitude as they look to build on their recent improved form.

After a difficult start to the season, the Shrimpers are unbeaten in three games and beat AFC Wimbledon 2-1 in the Johnstone's Paint Trophy on Tuesday.

"It's going to be a tough season, we've got to show that resilience, that never say die attitude," he told BBC Essex.

"When you have that, things seem to turn in your favour."

Southend were spared having to play extra-time against Wimbledon by Ryan Cresswell's last-gasp goal.

It was a relief to Sturrock, who is having to cope with a depleted squad and will be looking for reinforcements when the loan window opens

"Football is all about winning games, it keeps everybody happy," added the Scot.

"The important thing for us to build a momentum - there's a lot of difficult teams in that league this year.

"I'm going to have to talk to the chairman about bringing a couple of players in, if at all possible.

"For certain positions, we need to bolster and strengthen."