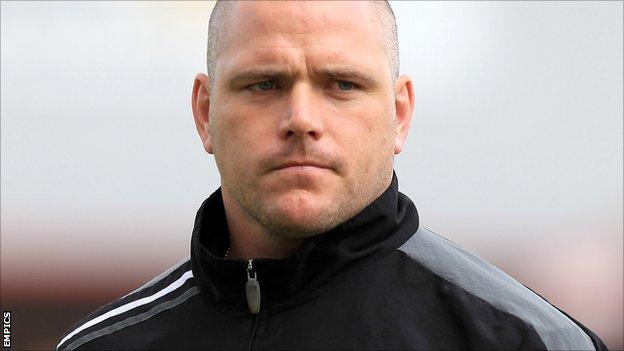 Jim Bentley was pleased that Morecambe were able to continue their excellent defensive record on Tuesday.

The Shrimps kept a third clean sheet in five away games, beating Accrington 2-0 in the Johnstone's Paint Trophy.

Manager Bentley told BBC Radio Lancashire: "I love clean sheets and it's great to get another one.

"We haven't taken much from Accrington in the years I've been here so it's nice to come away with a victory in a competition we want to do well in."

Stanley boss Paul Cook had no complaints with the result, although he was impressed with the performance of 17-year-old debutant goalkeeper Andrew Dawber.

And he was able to give midfielder Bohan Dixon, who was playing amateur football in Liverpool less than a year ago, a taste of professional football for the first time.

"I'm made up for Bohan," said Cook. "He was itching to get on against Cheltenham on Saturday and it was a great opportunity for him.

"He's still got a lot to learn but he's a young, willing lad who has got great energy levels and has certainly got something to offer the professional game."